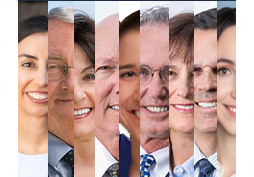 See Who We Are

Brad represents the best of a caring, consultative and experienced attorney. 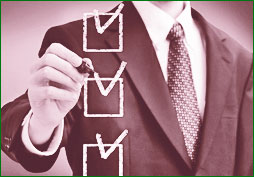 We're proud to provide our clients with the highest caliber of legal services.

Some of our published cases

Rivkin v. Union Central Life Ins. Co., 528 Fed. Appx. 766, 2013 U.S. App. LEXIS 12377 (9th Cir. Cal. June 18, 2013), the Honorable Consuelo M. Callahan, Sandra S. Ikuta, and Andrew D. Hurwitz, Circuit Judges. (Held: Defendant abused its discretion in interpreting “Other Income Reductions” to be offset from LTD benefits as including employee’s current monthly earnings from part-time or temporary work: the interpretation was contrary to the plan’s definition of “Other Income Reductions” as such earnings were not benefits received due to his disability.)

The court held: “Federal law governs the issue of when an ERISA cause of action accrues and thereby triggers the start of the limitation period. [citation omitted]. An ERISA cause of action accrues “either at the time benefits are actually denied, or when the insured has reason to know that the claim has been denied.” [citations omitted]. A claimant has a “reason to know” under the second prong of the accrual test when the plan communicates a “clear and continuing repudiation of a claimant’s rights under a plan such that the claimant could not have reasonably believed but that his or her benefits had been finally denied.’” [citations omitted].

Micha v. Sun Life Assurance Co., 789 F. Supp. 2d 1248 (S.D. Cal. 2011) (5/2/11), the Honorable Jeffrey T. Miller, United States District Judge. (Held, among other: “Sun Life’s claims review procedure was inadequate, calling into question the company’s impartiality,” and denying defendant Sun Life’s motion to limit the scope of the court’s de novo review to the ‘administrative record,’ and granting, in part, Plaintiff’s cross motion to admit extra-record evidence of: 1) the medical records of one of Plaintiff’s physicians that pre-dated the final denial that Sun Life never sought during the appeal process, and 2) an IME conducted by one of Plaintiff’s other disability insurers a year after Sun Life’s final denial, due to its detailed analysis compared to the “superficial reports of Sun Life’s reviewing physicians” since it “provides some insight into what the administrative record might look like had Sun Life done a more thorough job investigating Plaintiff’s claim.”)

Nash v. Life Insurance Co. of North America, 2010 WL 5139087, 2010 U.S. Dist. LEXIS 134024 (S.D. Cal. Dec. 9, 2010), the Honorable William Q. Hayes, United States District Judge. (Held: Findings of Fact and Conclusions of Law in long term disability claim, finding LINA abused its discretion in denying Plaintiff’s claim for disability benefits whether viewed with skepticism due to LINA’s conflict or interest, or even under an abuse of discretion review without consideration of conflict of interest.)

Neathery v. Chevron Texaco, etc., 2006 WL 4690828, 2006 U.S. Dist. LEXIS 96586 (S.D. Cal. July 7, 2006). (Granting and denying in part Plaintiff’s motion to compel production of documents that defendant claimed were “privileged”. Held: LINA’s in-house legal advise and communications with its claim or appeals department prior to litigation were not ‘privileged’ under the fiduciary exception to the attorney-client privilege; communications after the litigation was filed are privileged as the interests of the parties had diverged.)

Withrow v. Bache Halsey Stuart Shields, Inc., 2008 WL 1836696, 2008 U.S. Dist. LEXIS 35900 (S.D. Cal. April 22, 2008), the Honorable John A. Houston, United States District Judge. (Ruling on motions in limine on the issue of the scope of the court’s de novo review denying Reliance Standard Life’s desire to have Plaintiff and one of its own representative who handled Plaintiff’s claim testify at trial.)

Mogck v. Unum Life Ins. Co. of America, 292 F.3d 1025 (9th Cir. 2002), the Honorable Edward Leavy, Thomas G. Nelson, William A. Fletcher, Circuit Judges. (Reversing dismissal of action under contractual suit limitations time bar and finding insurance company’s letter informing the insured that it was discontinuing disability payments was not a proof or “request for proof” and therefore, the insurance company never took the steps necessary to trigger the running of the contractual time limitation under the policy.)

Mogck v. Unum Life Ins. Co. of America, 2001 WL 34084379, 2001 U.S. Dist. LEXIS 25129 (S.D. Cal. Jan. 8, 2001). (Costs decision, finding that Federal Rule 54(d)(1) governs the award of costs unless Congress has specifically provided for cost shifting pursuant to separate rule or statute, and in the case of an ERISA claim, Congress specifically provided for cost shifting under § 502(g), which allows the Court “in its discretion” to award a reasonable attorney’s fee and costs of action to “either party,” after applying the 5-factor Hummel test, special circumstances rule and the underlying purposes of ERISA.)

Russo v. Hartford Life & Accid. Ins. Co., 2002 WL 32138296, 2002 U.S. Dist. LEXIS 26566 (S.D. Cal. 2/5/2002), the Honorable Leo S. Papas, United States Magistrate Judge. (Decision on Plaintiff’s 60(b)(6) motion for reconsideration whether the court committed clear error in finding Hartford had no duty to provide the insured with new evidence that it developed during the investigation Hartford had conducted after the insured’s appeal. Held: the court found that this holding was clear error pursuant to 29 C.F.R. § 2560.503-1(g)(1), that Hartford owed the insured a duty to make available to the insured, for his review and response before any final decision was rendered, those documents that Hartford had developed during its post-appeal investigation, and that to remedy Hartford’s breach of fiduciary duty, the court, in its de novo review, will consider comments and evidence submitted by Russo in response to the withheld documents.)