Brad represents the best of a caring, consultative and experienced attorney. 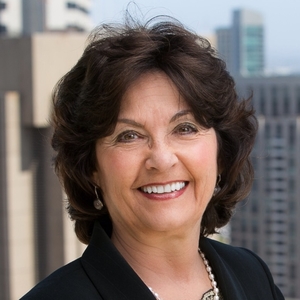 Susan Horner, President of Susan L. Horner, A Professional Law Corporation, is an equal equity Partner with Miller Monson Peshel Polacek & Hoshaw, where she has practiced since early 1993. Strengthened by her experience in the medical field for the 14 years prior to receiving her Juris Doctor in 1989, in 1995, Susan transitioned her early general civil litigation experience (between 1990-1994), to that of primarily representing clients who have been denied group disability (Short Term Disability or Long Term Disability), life, or accidental death or dismemberment (AD&D) benefits by insurance carriers under the laws governed by ERISA —The Employee Retirement Income Security Act of 1974.

Susan’s near-exclusive ERISA practice for over two decades includes the representation of claimants at all stages, including from the beginning of a submission of the claim for benefits, the presentation of one or more ‘appeals’ of an adverse decision that denied (or terminated) the benefits, filing an action in the United States District Court seeking the denied benefits or other relief available under ERISA, and if necessary, either representing the claimant as appellant or appellee at the Ninth Circuit Court of Appeals.

Born in Nebraska, Susan was raised in Denver, Colorado, and completed her undergraduate and graduate studies in northern Colorado. She moved to San Diego in late 1977, where she has resided to the present, but for a three-year residence in Oregon between mid-1999 and late 2002, while continuing her ERISA practice with Miller Monson Peshel Polacek & Hoshaw. Susan is proud to have been recognized by her peers in the legal profession with the coveted AV® PreeminentTM Peer Review Rated by Martindale-Hubbell®. She is currently ranked among San Diego’s Top Attorneys, San Diego Magazine, and has been awarded such designation for years.